Everything for a stay without surprise

Lag
+ 1 earlier during the summer in Europe, from April to end of September,
+ 2 hours in the winter from October to end of March.

Climate
The climate in Nosy-Be is tropical and humid. The dry season lasts from May to September : It is the southern winter. From June to August, temperatures are often the lowest, reaching still 28 °. During the rainy seasons, from October to April, they can reach 35 °. Precipitation is the densest of 15 January at the 28 February.

Sanitary
No vaccination is required in Madagascar but it is however advisable to be up to date for immunizations : Tetanus, Polio, Diphtheria, Typhoid, Hepatitis A and B.
Antimalarial treatment : There is a risk of contraction of malaria, It is therefore important to take precautions against. Minimum antimalarial treatment can be recommended (consult the specialized agencies that will educate you on the proper treatment; regardless of the chosen treatment : Nivaquine, Savarine, Paludrine, LARIAM...
We advocate an anti-mosquito lotion : a milk body natural polyarom adult or child, the most effective here, sold 6.50 euros to the big blue, certainly better than products sold in pharmacies or commercial surface laboratories (5 on 5 or other...). You can ask us on arrival.

Electricity and water
Le Grand Bleu is connected to the service of electricity in Madagascar. Attention : This is not the case of some institutions, unhappy customers are finding on the spot, but too late!

Also, the hotel is connected to the service of water from Madagascar. We also put you in warnings about foods served in some places washed with unsafe water causing diseases, also the first cause of mortality. Be careful outside Grand Bleu.

Post and telecommunications
The post office works well at Nosy Be, provide 15 days to 3 weeks for the delivery of mail. The mobile phone works in big cities and especially in Nosy-Be. Communications with the France are generally good, but it is often difficult to get the line.
NB : Communication from France to Madagascar: – 00 261 + the number of the correspondent

Our ethics
Le Grand Bleu is a family hotel in line with its values. Sex tourism is an attack on human dignity, condemned by the Malagasy laws and international. The big blue Hotel will tolerate it in any way.
For comfort, the tranquility of all customers, a barrier and host service is in place 24/24. Reservations required in advance. 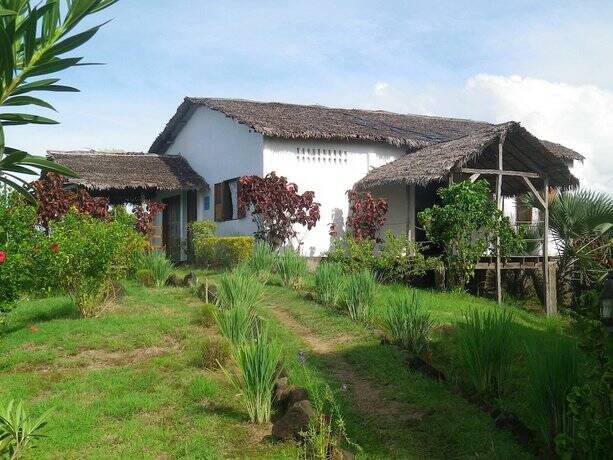 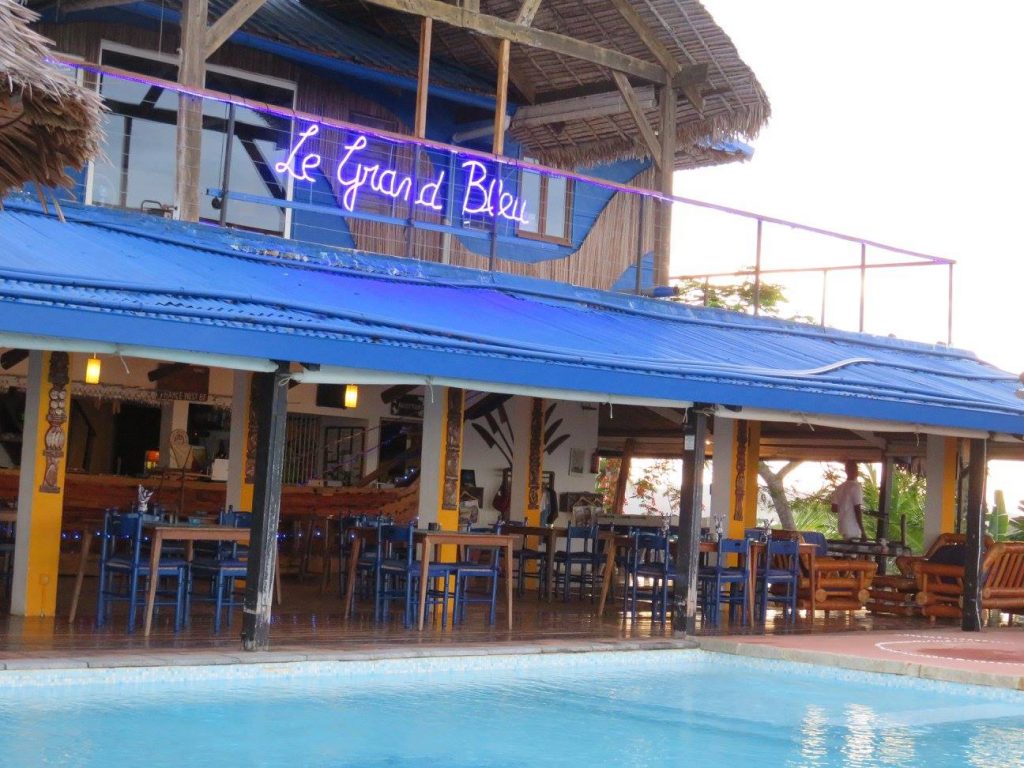 The big blue of Nosy Be, the best value hotel 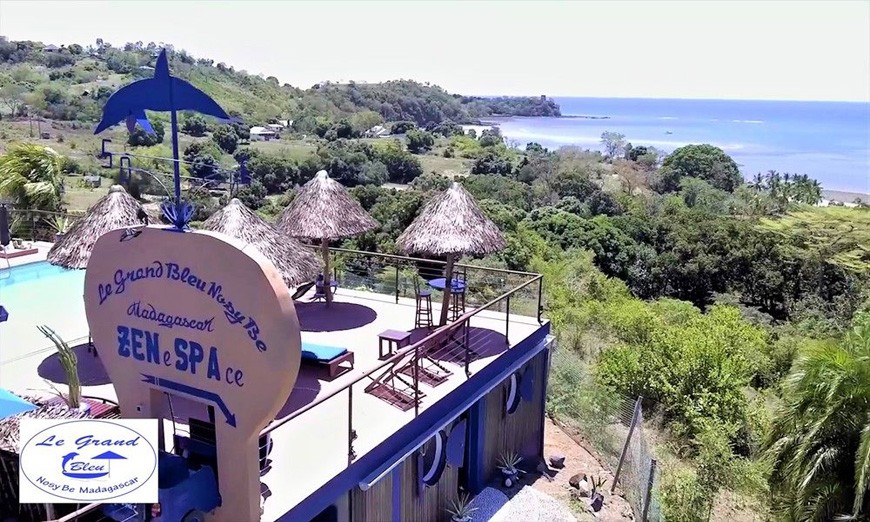 Half-board stay at The Big Blue 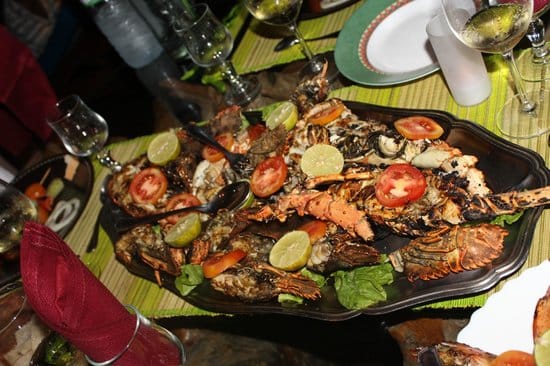 The lobster, a must from the restaurant Le Turquoise au Grand Bleu

During the period of COVID-19, the "Le Grand Bleu" hotel in Nosy Be has been converted into a village for its employees and their families and children.

Cookies are important for the proper functioning of a site. In order to improve your navigation, This site uses cookies to remember your login information and allow you to connect safely, to collect statistics in order to optimize the functionality of the site and to provide you with content personalized according to your center of interest. Click on accept to continue the siteAcceptNoPrivacy policy